The Alk - more precisely the Great Auk (Alca impennis, former Pinguinus impennis) - is the penguin of the north. With a body size of up to 85 centimeters and a weight of about five kilograms, he was the largest of the auk birds. 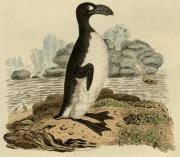 The Great Auk was formerly found on islands in the North Atlantic. Cliffs, on which a number of other AUK-birds breeds, were inaccessible to the flightless Great Auk. He had therefore satisfied with the rare bare, rather shallow islets far from the mainland, so that he could not be captured by predators like polar bears. Only eight breeding colonies are surely proved.

Ships with the name ALK (English AUK) existed in the past and there is also today.

In this case the ship-name ALK has another background too:

In 1946, Captain Aldert van Nieuwkoop started as the first Dutch sports sailor to take a trip around the world. His sailboat, a double-ender, round-chine cutter, built by the shipyard 'Gebr. Van Grevenstein' in Krimpen on the IJssel got the name ALK.

One of the two fellow sailors was W. van Grevenstein, with his two brothers owner of the shipyard. Almost 2 years later in a dark storm night the ALK ran on a reef in the Gulf of Suez. The crew survived, but the ship was lost. 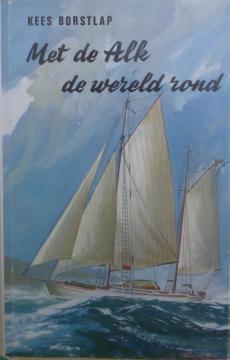 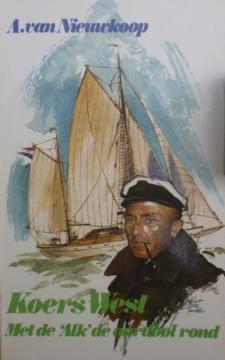 According to the diary of Captain A. van Nieuwkoop, the following two books appeared later:

Ten years after the start of the round-the-world trip, a new double-ender, round-chine cutter was built by the brothers van Grevenstein and christened of the name ALK. This time it was a tugboat for use on the shipyard itself. By the family van Grevenstein called the ALK II.